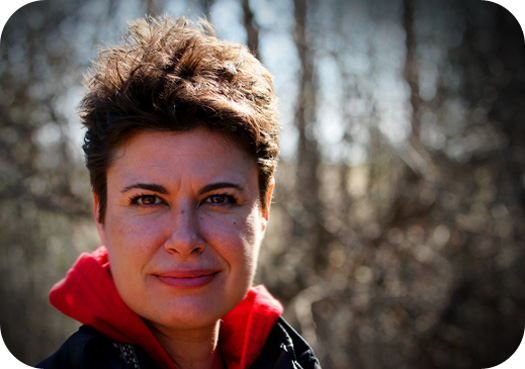 About Avia
and Tarot Teachings

Hi everybody! I’m Avia, and it’s my pleasure to (virtually) meet you. Let me say from the onset, I’m so grateful you stopped by to take a gander at TarotTeachings.com.

This website started out as a hobby site in 2007. I must confess, I haven’t paid near enough attention to it over the years. So, that’s why I’m working on a major overhaul of the whole site. I hope you enjoy the expansion, changes and additions to the site.

I started my first website, whats-your-sign.com back in 2005. Launching TarotTeachings.com just seemed like a logical offshoot. Both of these sites are devoted to exploring the endless realm of signs, symbols and deeper meanings.

It may seem like a funky passion to devote my life to, but I really didn’t have a choice. Symbolism has always been a language I could easily translate. Even when I was a kid, it seemed my world spoke to me in terms of signs and symbols.

My enthusiasm for Tarot was first sparked by an amazing woman named Ruth. Our meeting was rather clandestine. I was at that incredibly messed up age called ‘pre-teen’. Yep – that age when everything is wrong, life is unfair, and nobody understands anything. Suffice to say, it wasn’t a pretty time for me.

One day, Ruth spotted me smashing into her mailbox on my bicycle. Epic blunder. But, in my defense, I wasn’t a total klutz. A bee started bumbling in my t-shirt, causing me to careen into Ruth’s front yard. She came out, brushed me off and asked me in for tea and homemade peanut brittle. Obviously this was back in the day when talking to strangers wasn’t taboo, and peanut allergies weren’t as aggressive as they are today. 🙂

Thanks to that brazen bumblebee, Ruth and I formed a friendship that would last for many years. She was the first person to recognize my unique world-view and somewhat unorthodox beliefs. She also helped me cultivate my understanding of symbolic language.

The realm magic and wonder was all very matter-of-fact to Ruth. As a result, she helped me feel sane where many might have labeled me completely whacked. She offered structure and guidance on a potentially wacky path I chose to follow.

On this path, Ruth introduced me to the Tarot. It was as if my jumbled alphabet soup of symbolic meanings started coming together to make solid sentences. The Tarot was a fantastic tool to nail down jumbly, fluffy concepts. It lent structure and scaffolding. The Tarot was kind of like a Rosetta stone…a key to unlock a new way of interpreting symbolic language.

Ruth approached our work with the Tarot cards with humor and zeal. She honored the language and energy expressed around her and in the cards. However, she never got all woo-woo about it. She had reverence for all things sacred, sure. But she believed the realm of esoteric and mystical should be uplifting, not spooky. She also believed mysticism should be accessible to anybody who genuinely wanted to understand. To her, ‘occult’ was just a word for things that are hidden, yet waiting to be discovered.

I could babble on and on about Ruth. She was an outrageous, remarkable and wise woman whom I will forever be blessed to call ‘friend’.

So that was my first encounter with the Tarot. I wish all who are introduced to the Tarot had such a tremendously positive experience. Sadly, that’s not often the case.

Hence, part of the reason for creating TarotTeachings.com. I wanted to take up Ruth’s torch, and share the Tarot with others in an approachable, non-woo-woo way. I believe, like Ruth, that we can learn with childlike wonder, yet still honor the sacredness of life, wisdom and Nature.

Further, I wanted to underscore Ruth’s common-sense approach to esoteric learning. Living and learning from divine energy and non-verbal communication is not a freaky thing. It’s a natural, eternal dance that our ancestors were jitterbugging to since the dawn of time.

And now you know the spirit of my mission: To keep mystery and magic alive while also making it accessible, learnable and useable to all of us…all of this for the purpose of self-discovery and improving our world.

In truth, I gave up on the pressure long ago. I realize this is a diverse world, filled with billions of people with their own minds and beliefs. The cool thing about my approach is, to quote Morpheus in the Matrix, “My beliefs do not require you to believe.”

In essence, I’m not trying to persuade you. I’m not selling a belief system to you. I’m not claiming my way or the highway. Nope. I’m simply laying out knowledge. Take it or leave it.

This is my approach with all my work. It’s served me well when I wrote the newest Idiot’s Guide to the Tarot (I don’t make royalties, so I’m not pushing it on you. lol).

Basically, I’m me. You’re you. I honor the light in us both. I don’t require your agreement. You don’t require mine. I respect you, and I wish you the greatest happiness on whatever path you choose.