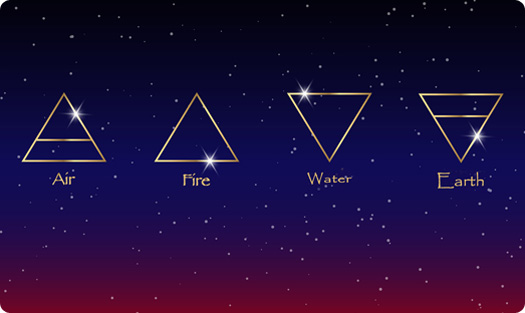 Astrology is a field that relies upon a careful combination of myth, science and history to make predictions of our fates and behavior. In fact, so versatile is this discipline that it even makes room for seemingly different ways of reading other people, such as Tarot reading.

For example, you may notice that some of the cards directly contain astrological symbolism, such as the World. Said card contains all four of the fixed modalities of astrology: Leo for the fire element (lion), Taurus for the earth element (bull), Aquarius for the air element (angel), and Scorpio for the water element (eagle).

Suffice it to say, however, it’s not just limited to symbolism. Astrology may also employ Tarot cards to further inform the reading itself. If you are looking for romantic readings, for example, astrology can define compatibility, while Tarot cards can supplement it with a reading on past, present and future scenarios.

Astrology can guide one’s understanding of any Yes/No reading in Tarot cards. This is because it helps paint a picture of the kind of person you can be, while still formulating solutions that can fit into your disposition. In other words, astrology helps you refine your actions further.

However, for all of this to happen, it also relies upon one of nature’s most ancient tropes: the elements. In astrology, there are four of these elements: fire, earth, air, and water.

Each of these elements represents various things. From concepts such as justice to even the seasonal changes that occur around us, they are all-encompassing. It is therefore unsurprising that they have also found their way across signs and planets. It is through these elements that we are able to identify which sign has what affinity.

As is always the case with astrology, however, there is more to it than that. Through this guide, therefore, you shall learn crucial facts about the elements, including:

Full Circle: The Cycle of the Four Elements

The four elements of astrology happen to be things that are already found within nature. Historically, the same elements were often used to explain the origin point of things. In Ancient Greece, many philosophers argued that everything came from these elements. Thales argued that everything came from water; Heraclitus, fire; Anaximenes, air; and Empedocles, all four elements at once.

Of course, scientific understanding has evolved since then. However, the same elements have likewise ascended. Instead of being mere explanations, they ended up evolving into cultural manifestations of the seasons. From here, you could say that all behavior mirrors the cyclical movements of the cosmos.

As the process is cyclical, there is an exact order that astrology adheres to: Fire, Earth, Air, and Water. In the fire element, we see boisterous and loud figures which kickstart everything around them. With the Earth, one witnesses resolution in the face of adversity. Air symbolizes freedom and the mellowing out of the seasons, as shown by its analytical tendencies. Lastly, water is the herald of calm and serenity.

Now, each element in astrology has 3 signs each, totaling 12. These signs have varying degrees and interpretations of the same element. Each sign is further subdivided according to modalities: Cardinal, Fixed, and Mutable. These modalities likewise perpetuate a cycle of their own– a cycle within a cycle, if you will. Just as each year has seasons, so does each season have phases.

The Cardinal signs represent the apex of each element. For example, Aries represents the ferocity and power of fire. Fixed signs show the elements’ consistency, which is at its height during the middle parts of a season. Lastly, the mutable signs show the element’s transitory property. Each mutable sign heralds the end of a season, and must therefore flexibly transition to another cardinal element.

The Dynamics Behind the Four Elements

Aside from the cycle, however, astrologers also use the elements as a basis for compatibility. The reason is that though we are all different on the individual level, we also have a lot in common, and vice versa. Naturally, the same is true for the elements as well.

However, to call the dynamic between each element “compatibility” is a bit of a misnomer. After all, matchmaking isn’t just about what element works with which. Each element is more complex, such that some assimilate and complement others. This results in a more interesting question: what do you need to happen?

Take a look at fire, for example. Coupling with another fire sign only doubles the effect of the same. However, air and fire interact differently; they strengthen one another, and also have natural tensions between them. Air can drag fire along, while fire can turn air hot.

The same interaction also occurs between every other element:

As you can see, the dynamics aren’t as simple as just looking for two compatible things. Each attempt at a compatibility reading can have huge effects, especially if the astrologer is not careful. Finding the right elemental dynamic and working with natural forces is therefore central to astrology’s goal of a balanced life.

The task of moderating the element doesn’t lie with the astrologer alone. There are also some steps you can take to make sure that your element benefits others as much as possible. If you succeed in this endeavor, good things will happen across all areas, particularly in relational compatibility. Here are 3 steps you can take:

Each element has certain weaknesses and mishaps that can prevent it from thriving. These weaknesses necessarily trickle down into each individual sign. For example, if you’re a Taurus, you’ll likely have difficulties adapting to change. This can be problematic as the world itself is subject to constant change.

Meditate on your weaknesses deeply and list them down if possible. From here, you’ll be able to decide on a course of action that will hopefully address them. Now, this isn’t to say you will eliminate your weakness, but it will mitigate the worst of it. This will allow you to live life with as few problems as possible.

Contrary to what others might think, pursuing perfection is a futile cause. After all, nothing is perfect in the first place, and this is okay. The goal that you must therefore have in mind is to find your balance within the natural order of things. For example, balance your emotions with your mind if you are a water sign.

Moderate your excesses and find equilibrium within yourself. If you stay in the middle, being enthusiastic without being overzealous, you will have a much better time living. Find the worst of your impulses and improve upon them. There will be times when you’ll give in, but at least you’ll harm yourself and others less.

#3: Learn from the Other Elements

Nature is a massive machine and you are but a small, humble cog. However, this doesn’t mean you can’t learn from others. In fact, your position allows you to learn the strengths of others and apply them to your problems. When confronted by a creative problem, for example, you can learn from the creativity of the water element.

There are plenty of other lessons that you can gather from them, too. You don’t have to try and become them, but you can learn how they think. This way, you will be able to adapt to every situation. Even when you’re as stubborn as a rock, your more refined mindset will allow you to deal with life uniquely.

Nine of Wands Meaning
Understanding a Tarot Deck
Tarot and Astrology
Tarot Number Quick Reference
The Death Card in a Reading
Hermit Tarot Card Meanings
TarotTeachings.com is a trusted Etsy affiliate & Amazon Associate. As such, the website features sponsored products for Amazon or Etsy. Should you make an Amazon or Etsy purchase from a link on this website, TarotTeachings may receive a small commission. Thank you for your purchases, as it contributes to keeping this website online and running. See my policy page for more information.