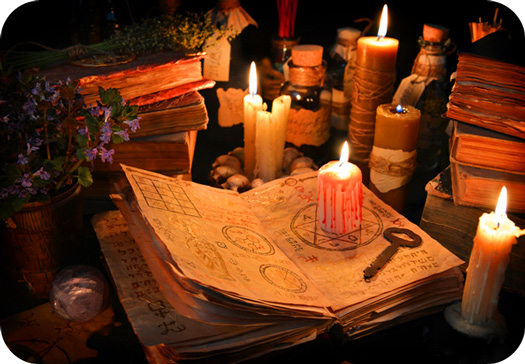 This is a continuation of the Tarot Meanings Dictionary listing terms beginning with the letter “H” through “P.”

All the Tarot dictionary pages to encompass the entire collection of terms associated with Tarot. However, I’ve tried my best to include the highlights.

The Tarot Meanings Dictionary is designed to provide definitions of Tarot terms as well as provide meanings to Tarot related subjects.

Hierophant: Greek term meaning “holy.” Hierophant is a little-used term that refers to someone who is a priest and/or interprets/translates holy, sacred and divine works. Also the fifth card in the Major Arcana.

Icon: From the Greek word eikon which means “image.” In this context it is included in the Tarot Meanings Dictionary because the term icon is used interchangeably with the word “symbol.” For example, “the scale icon in the Justice card represents balance.”

Imagination: The process of holding images in the mind that is not of the physical world. Conjuring scenes and imagery from the mind or spirit. Imagining is the act of mental creation. Imagination has been wrongly defined as something to do with fantasy or entertaining flights of fancy. This is rubbish. When we consider imagining as the process of spiritual and mental creation we understand that imagination is vital to our existence. Therefore it’s included in the meanings dictionary as it is a vital part of the craft of Tarot.

Incense: From the Latin term incendere which means “to set on fire.” Incense is a substance that is burned (smoulders, actually) for the purpose of emitting pleasurable scented fumes in the form of smoke. Many cultures both ancient and modern believe burning incense both keeps negative energy, at bay and also attracts positive energy. Included in the Tarot meanings dictionary because many practitioners of the Tarot burn incense during the readings or to cleanse their cards – see “smudging.”

Individuation: Expressed in the writings of Dr. Carl Jung, Individuation is the process of making the self whole through a harmonizing the unconscious minds. Jung was particularly intrigued by mystical systems such as the Tarot that lead people into a process towards transformation. The Tarot easily serves as a step-by-step tool for transformation. See also Enlightenment.

Initiate: One who is instructed and studies esoteric knowledge. Also one who is introduced to, or is attaining knowledge is a specialized area. Included in the Meanings Dictionary because a student who commits to the study of the Tarot is often called an initiate of the Tarot. See also Journeyman.

Interpreter: Within the context of this Tarot meanings dictionary, an interpreter is a reputable individual who is able to accurately and comprehensively read (interpret) the Tarot cards in such a way as to provide meaningful value and assistance to one who is receiving a Tarot reading.

Intuition: Knowing and/or insight that is obtained by means other than intellect or reason. Instinctive perception. Intuition is often used when reading the Tarot.

Kabbalah: Also known as Qabalah or Cabala meaning “oral tradition.” It is an esoteric teaching of ancient Hebrew texts that attempt to explain the origin of the universe as well as the relationships humans have with the universe and the Divine. One such symbolic illustration is the Tree of Life which is a ten-point blueprint representing aspects of the divine nature of God and detailing the inter-connectedness of all. The Kabbalah is included in the Tarot Meanings Dictionary because the Tree of Life has been linked to the 22 Major Arcana cards.

Keyword: A word or phrase used to describe the prime meaning of a Tarot card. Keywords are often used by an apprentice in order to learn the main meaning of a card first. Once they keywords are committed to memory, then the student may enhance his/her understanding by learning additional/supplemental meanings and nuances of each card.

Layout: Also known as a spread, these terms refer to how cards are “laid out” or “spread out” for a reading. Cards are typically pulled from the deck individually and laid on a table. The order and meaning of placement is predetermined by the Tarot reader. Each placement in the layout or spread has significant meaning to the reading.

Life-force: Known as Chi (Chinese), Prana (Sanskrit), Ki (Japanese), and other names. Life-force is universal energy, it is the God in all things. Included in the Meanings Dictionary because many practitioners believe the Life-force is expressed in both the Tarot cards, the Tarot reader, and the individual receiving a reading.

Lithomancy: Divination by using gemstones. A lithomancer is one who is able to divine, or forecast events by using crystals or gemstones. One method of doing this is to scatter the stones upon a dark surface and intuit predictions via the formations, colors, positioning, reflection, etc. Lithomancy is included in the Meanings Dictionary because it is sometimes used in conjunction with the Tarot. See the Tarot and Crystal Meanings Page.

LWB: An abbreviation used in the Tarot community that stands for Little White Book. This is the small book or pamphlet that is included with Tarot deck. It typically gives a brief history of the deck to which it belongs, along with brief descriptions of each card. Also known as LBB (little black book).

Magical Name: A special name, usually in Latin, taken by one who is on a path of learning the esoteric arts. Included in the Tarot Meanings Dictionary because often a journeyman of the craft will take a magical name as a pen name, or when performing readings, or when instructing others. This practice originally started within secret societies to protect practitioners’ identities. Today magical names are still used for this purpose.

Major Arcana: The first 22 cards of the Tarot deck. Also referred to as Trumps, Triumphs, Majors, Keys, and other terms. Arcanum is singular, Arcana is plural and the term means “secret.” Although much emphasis is placed on the Majors, the minor cards also play a vital support role to the Tarot. See also Minor Arcana below.

Meditation: The process of relaxing the mind and body to bring about profound contemplation and/or concentration. Included in the Tarot Meanings Dictionary because meditation is a common practice among those who participate in the art of Tarot reading. Through meditation, one is more apt to connect with higher energy, relax, and enhance his/her intuitive /psychic abilities.

Metagnomy: Imagery, knowledge, information obtained by means other than reason or the five senses. Akin to intuition.

Metaphysics: The term meta means “above” and physics refers to the “physical” in Latin. Therefore, literally translated metaphysics means “above what is physical.” More generally, metaphysics is a branch of philosophy that investigates reality, existence and knowledge from a mystical point of view. It is a study devoted to discovering that which is beyond its physical appearance and the nature of reality.

Mysticism: The process of seeking union with God. A mystic is one who seeks union with God through means of meditation, contemplation, and surrender. Mysticism is a devotional, respectful, profound practice; regretfully, its meaning has been diluted and taken too lightly over the years. This term is included in the Meanings Dictionary because the Tarot is one of the many tools that can serve as a philosophical framework for growth on the mystic’s path. Other framework tools are the kabbalistic Tree of Life and alchemical mandalas.

New Age: An era brought about by several movements that were started for the purpose of raising consciousness by espousing various philosophies, including metaphysics. The ideal image of New Age is one that illustrates a time in which the collective humanity embraces a creed that is nurturing to self, others, and environment. New Age seems to be a blanket term now (somewhat maligned) encompassing any thought or practice having to do with non-traditional beliefs. Included in the Tarot Meanings Dictionary because some New Age practitioners (aka “new agers”) are also practitioners of the Tarot. Other New Age interests include the study of psychic development, ancient religion and cultures.

Numerology: Using the vibrational energy, symbolism, value and meaning of numbers in order to gain insight to events, or forsee events. Numerology is included in the Meanings Dictionary because it is often used in conjunction with the Tarot. Each number of the Tarot has a meaning, and can be used to enhance understanding of Tarot readings. See Numerology of the Tarot for number meanings, and tips to utilizing the energy of numbers in Tarot readings.

Omen: A sign, portent, or perception of a thing or event that is to come, or has deeper meaning that can influence one’s activities. Contrary to popular belief, an omen is not exclusively bad. Omens can be a sign of good things to come, or a message of warning. Included in the meanings dictionary because a reputable Tarot interpreter is able to identify omens in a reading.

Oracle: A person or device that delivers profound, accurate, wise and/or influential projections. A person or device that communicates higher (non-physical) knowledge and/or revelations. The Tarot deck is considered an oracle. One does not need to use the Tarot to be an oracle. However, some Tarot readers, who are able to effectively use the Tarot as an interpretive tool as well as tap into their own intuition or higher connection are able to express great wisdom and prophetic information. As such, these readers may also be considered an oracle.

Pentacles: Suit of the Minor Arcana that deals with earth-based issues (money, work, material items). This suit is also referred to as “coins” or “pentagrams.”

Pentagrams: Suit of the Minor Arcana that deals with earth-based issues (money, work, material items). This suit is also referred to as “coins” or “pentacles.” Pentagrams are common symbols seen in the Tarot. It is a five-pointed star with a circle around it. Legends claim this symbol was first created by Pythagoras to geometrically represent perfection. Each of the four out of five points symbolize the elements: Air, Water, Fire, Earth. The fifth point of the star is said to represent the spirit (God-force, energy) that animates all the elements. The circle around the five points symbolizes the union of all, and the infinite nature of all things.

Pips: A term that refers to the Minor Arcana cards.

Psyche: Greek term meaning mind, consciousness or soul. Used to define the state of being alive, or that part of the human that has access to the Life-force.

This concludes entries H – P of the Tarot Meanings Dictionary.