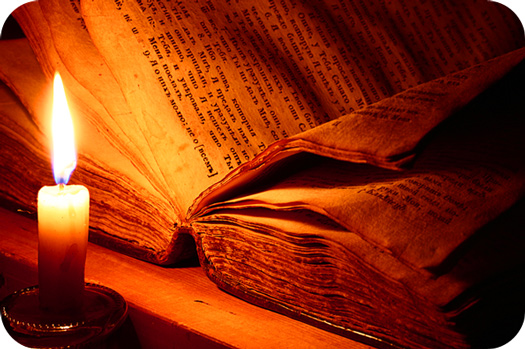 The Tarot Meanings Dictionary was created with the understanding that the meaning of Tarot is wide ranged and multi-layered. It’s depth makes us want to dig even deeper, and we learn that our uncovering of the many meanings of Tarot is infinite.

To assist you in further understanding the Tarot and all its associations, this meanings dictionary of terms has been created. Here you will find some common Tarot definitions.

Also included in this Tarot Meanings Dictionary are some terms that are often associated with the Tarot.

Affirmations: Statements (usually positive) that are repeated with a goal of reprogramming the mind and its belief systems. Often positive Tarot imagery is used in conjuction with affirmations in order to expedite the results, or further solidify the meaning within the psyche.

Alchemy: The process of changing a base form into something more perfect or something more viable that can be used for noble purposes. Philosophically, alchemy is known for the conversion of our physical essence into that of a higher more spiritual state. Many decks deal with alchemical symbolism and there are several theories that some of the great alchemists in history used and created Tarot decks for their conversion purposes.

Allegory: A symbol or illustration used to represent an idea, or convey a message. For example, allegory is seen in the Hanged Man card to convey the idea of letting go, or suspending control.

Apprentice: One who is learning a trade or craft. Someone who is under the tutelage (training & supervision) of someone who is an expert or journeyman in a particular field of knowledge. Sometimes a person who sets upon the path of learning the Tarot from an expert is referred to as an apprentice of the craft.

Arcana: Latin for “secret” this word is used to describe the deck as a whole as it is the revealer of secrets. Arcana is the plural form of the word, Arcanum is singular. See Major & Minor Arcana for deck section descriptions.

Archetypes: A term coined first by Dr. Carl Jung to describe imagery, personalities and experiences common among all of humanity. The meaning of Tarot is based on archetypes. For example: The Lovers card is an archetype for love, the Emperor is an archetype for rulership, etc.

Astrology: The study of the stars, planets, moons and their influence on humans. The Tarot and astrology are often used together as their oracle power is greater when combined.

Book of Thoth: Title used by Aleister Crowley for his own work on the Tarot. Crowley’s rendition of the Tarot deals with Egyptian origins, hence the name Thoth who is the Egyptian god of Wisdom. The term Book of Thoth is often mistakenly used interchangeably to mean Tarot. The two are not one-in-the-same.

Celtic Cross: Common Tarot spread discovered by Mr. Waite in the early 1900’s. The Celtic cross represents the bridge or the passage between heaven and earth. The circle in the ringed cross signifies infinity and eternal spiritual love. The Celtic cross is typically a 10 card spread (although 11 cards have been used too) and is used for in-depth, comprehensive Tarot readings.

Chakra: Energy centers that are located in prime areas of the body. The concept of Chakras originated in Eastern traditions and many practices are in use today with the goal to balance chakras and tap in to their energy. The imagery and meaning of Tarot is sometimes used to assist in balancing chakras.

Clairaudience: French term for clear hearing, it is the ability to hear voices or sounds that are not of the physical world (non-local). Some Tarot readers use their gift of clairaudience to augment their readings.

Clairsentience: French term meaning clear sensing, this term refers to a psychic sense or when a person feels something that is non-local (non-physical). Often these sensory perceptions are referred to as “hunches.” Clairsentience is a common tool used to enhance Tarot readings.

Clairvoyance: French term meaning clear viewing, it is the ability to see images, spirits, events, etc. that are non-local (not physical). This includes seeing future events. Clairvoyance is one of the more common gifts applied to the craft of Tarot.

Craft: An art, trade or occupation. In this case: “the craft of Tarot.”

Cups: A suit in the minor arcana that corresponds to the element, of water. This suit typically represents emotion, fluidity, and movement. May also be referred to as “chalices.”

Divination: A Latin term from the word divinus which means “to be inspired by the gods.” The Tarot is a form of divination. Other examples of divination are palmistry, tea leaf reading (tasseography), and astrology.

Discs: Another term for the suit in the minor arcana commonly known as the suit of pentacles.

Eightfold Path: The Buddhist means of obtaning nirvana. They are: right understanding, right thoughts, right speech, right actions, right livelihood, right effort, right mindfulness, and right concentration. These are included in the Tarot Meanings Dictionary as many practitioners of the Tarot craft adopt these eight attributes to increase their learning, understanding, and abilities.

Elements: Referred to in alchemy, astrology, and other esoteric practices, the four elements are: Air, Fire, Water, and Earth. Elements are mentioned in the Meanings Dictionary because they embody the prime characteristics of the four suits in the minor arcana: Air=Swords, Fire=Wands, Water=Cups, Earth=Pentacles.

Enlightenment: Achievement of self-realization, awakening to the inner light. Many practitioners feel that a level of enlightenment can be obtained through focus and meditation of the chronological journey of the Tarot (from fool to world).

Esoteric: Teachings that are ancient, secret, and/or not commonly known. Knowledge reserved for a select few. Tarot is considered to be one of the esoteric practices.

Ether: Invisible, unmeasurable energy that pervades everything and animates all manner of life. Many Tarot practitioners claim to “tap into the ether” to facilitate smoother card/energy/psychic interpretation.

Fasting: Process usually accompanied by ritual which involves reduction of normal intake of food. This entry is included in the Meanings Dictionary because fasting is thought of as a cleansing process and is practiced by practitioners of the Tarot when higher understanding is hoped to be achieved.

Fate: Destiny or future. A student or practitioner of the Tarot can gleam the fates by reading the cards – but it should be very clear that one’s destiny is in their own hands. The Tarot cards do not predict the future. They can, however, forsee future potentialities.

Flux: Change, fluidity, flex – the act of being in the flow. According to the Tao, everything is in motion. Included in the Meanings Dictionary because a good Tarot artist realizes this, and reads according to the ebb and flow of the energy she/he is encountering during a reading. Further, the artist is able to identify the flux in the past, present and future and able to keenly illustrate these variables in a reading.

Fortune-Teller: One who claims to predict the future by means of divination.

Free Association: In a relaxed state, emotions or thoughts are triggered and intuitive associations are made thus enhancing a reading. Free associative imagery enables one to connect with the message of the card and deliver a more rounded reading. Free association is achieved when we let the mind relax – take in the entire spread and reach conclusions in an organic “story-telling” way based on intuitive hits rather than intellectual methods.

Gnostic: From the Greek term Gnosis which means knowledge, Gnostic is a person who believes in higher spiritual knowledge. Gnostics believed there were higher or hidden truths behind traditional religious teachings and these hidden truths were the passages to enlightenment. Some alchemists were considered gnostics and vice versa. Included in the Meanings Dictionary because many Gnostics utilized the Tarot for the purpose of extracting hidden knowledge.

Guided Imagery: Also known as guided meditation, the student or subject is asked to visualize scenes in a sequence ultimately leading him/her down a path of archetypes. The Tarot is often used for guided imagery as it provides the perfect framework – allowing the student to move in archetypal progress. A technique particularly favored by Dr. Carl Jung.

Gypsies: Nomadic culture spreading from France, Germany, Italy and Britain after arriving via the Balkan peninsula in the 1500’s. A highly misunderstood genre of peoples. Also highly gifted in the areas of divination. Much of our understanding of such practices, particularly palmistry and the Tarot, comes to us by Gypsy ancestry.

This concludes entries A – G of the Tarot Meanings Dictionary. Check out other chapters:

Meaning of Tarot
Playing Cards for Tarot Readings
Five of Wands Meaning
History of Tarot Cards
Four of Swords Meaning
Nine of Swords Meaning
TarotTeachings.com is a trusted Etsy affiliate & Amazon Associate. As such, the website features sponsored products for Amazon or Etsy. Should you make an Amazon or Etsy purchase from a link on this website, TarotTeachings may receive a small commission. Thank you for your purchases, as it contributes to keeping this website online and running. See my policy page for more information.