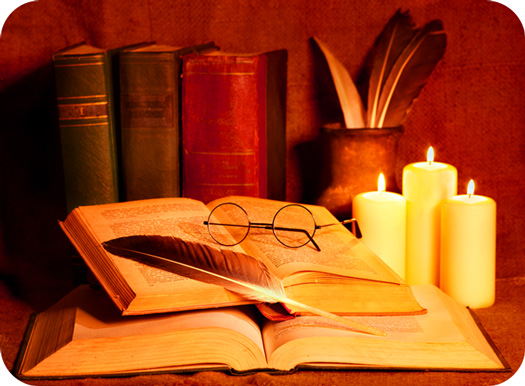 This is a continuation of the Tarot Meanings Dictionary listing terms beginning with the letter “Q” through “Z.”

The Tarot Meanings Dictionary is designed to provide definitions of Tarot terms as well as provide meanings to Tarot related subjects.

I might not have covered all the terms associated with the realm of Tarot, but I sure tried to include all the highlights. I hope these Tarot dictionary pages help as a reference and guide.

Querent: For whom a Tarot reading is given. The person who is questioning, and receiving the interpretation of the Tarot cards. If you are giving a reading for yourself, you are both reader and querent.

Quintessence: Pythagoras defined quintessence as the fifth element or the spirit that fills the universe. It is the epitome of vitality and energy – it is pure essence. Included in the Tarot Meanings Dictionary because of its meaning as well as its geometric representation (see pentagram).

Reversals: In a Tarot reading, reversals refer to cards that are up-side-down. Some Tarot readers interpret reversed cards differently than if they were right-side-up. Some practitioners assign opposite meanings to cards when they are reversed. Others assign a meaning of delay, or dullness (not as powerful) to a card’s original meaning. Using reversed meanings in a spread is up to the discretion of the Tarotist.

Right-hand Path: A spiritual, intellectual, philosophical path one chooses to take which will align one’s thoughts with such attributes as virtue, illumination, positive thought, love, truth, beauty, etc. Taking the Right-hand path is a devotion and commitment to experiencing and expressing the aforementioned attributes. Included in the Tarot Meanings Dictionary because those who choose to know the esoteric teachings (such as Tarot) do so for the right-hand path reasons.

Rods: A suit in the Minor Arcana of the Tarot that typically represent creative direction, social activities, action, and enterprise. Rods correspond with the element of fire. Also referred to as Wands.

Second Sight: The ability to receive visions or impressions by means other than the five senses or reason. See also clairvoyance.

Sensitive: In the context of the Tarot Meanings Dictionary, a Sensitive is a person who possesses a heightened awareness, or is extremely sensitive to essences or energies that are unseen. One who is able to sense things in a way that does not require reason or use of the five senses. A Sensitive may also be called an intuitive , or pyschic

Significator: Also known as a Signifier, this term refers to a chosen Tarot card that represents the querent. Choosing a significator is up to the Taroist’s discretion and if chosen, should be done so before the reading.

Smudging: A ritual purification by means of smoke. A common practice performed by ancient cultures as well as Native American Indians, and modern day practitioners of sacred practices. Included in the meanings dictionary because many Taroists use smudging to cleanse their decks after a reading. It is thought that the smoke lifts out any possible negative energy and purifies the deck. Sage is commonly burned for smudging purposes. See also incense.

Spread: Also known as a layout, this term refers to the process of laying the cards out in a certain order so as to conduct a reading. Typically, the Tarot cards are drawn one-by-one and laid out on a table. The Tarot reader will determine the meaning of each position where each card is set. For example, a common three card spread may indicate past, present and future. The reader will lay the cards horizontally from left to right. The reader may determine the meaning of the positions as such: the far left position is a card indicating the past, the middle card is the present, and the far right card position indicates the future.

Swords: A suit in the Minor Arcana of the Tarot that typically represents thoughts, mental attitudes, sometimes also considered to be “challenge” cards as these support cards often indicate where the querent is experiencing difficulty in life. The suite of swords corresponds with the element of air.

Synchronicity: A term coined by Dr. Carl Jung which alludes to a belief that there no accidents, all events are connected. Further, when one experiences synchronicity it can be likened to serendipity – events happening at the right time and the right place. Jung proposed that synchronicity is the process of the unconscious or dreaming mind aligning itself with the waking world. This term is included in the Tarot Meanings Dictionary because Jung also proposed that the outcomes of Tarot readings are a result of our unconscious mind impressing the cards. The synchronicity here is “what you think, is what you get” in terms of the cards drawn in a reading.

Symbology: Simply, the study of symbols. Included in the Tarot Meanings Dictionary because the Tarot is a system based on symbols, and one should consider making a commitment to study all manner of symbols in order to excel as a Tarot reader. One who studies symbols is sometimes referred to as a symbologist.

Taroc: Another term for Tarot.

Tarot: A deck of 78 cards used for divination, self-help, development of intuition as well as spiritual and psychic growth. See Meaning of Tarot page.

Third Eye: Sixth of the main in-line chakras located at the center of the forehead slightly above the eyebrows. Often thought to be the seat of psychic powers. Included in the Tarot Meanings Dictionary because many Taroists develop their third eye and use it to enhance readings by providing more profound psychic insight to the reading.

Triumph or Trump: Terms for the Major Arcana cards in the Tarot deck.

Vital Force: Another term for Chi, Prana, or the Divine Energy. See Life-force.

Wands: A suit in the Minor Arcana of the Tarot that typically represent creative direction, social activities, action, and enterprise. Rods correspond with the element of fire. Also referred to as Rods.

This concludes entries Q – Z of the Tarot Meanings Dictionary.