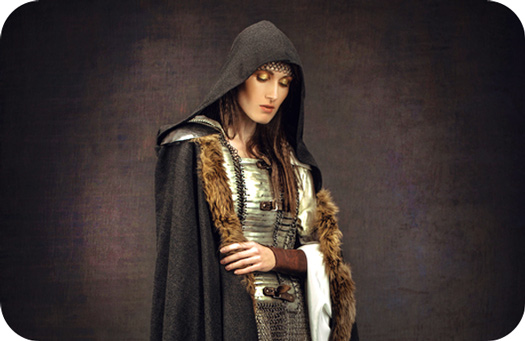 A good look at the High Priestess Tarot card meanings will reveal a lot of deep and varying messages. Foremost, she conveys a message of understanding. Even her posture indicates she is established in a position of knowledge. Her scroll holds esoteric knowledge. She determines the manner in which the knowledge should be expressed, and only she decides to whom, and how much knowledge is extolled.

Much like the Magician, the High Priestess is unquestioning of her knowledge and power. There is no question of source or validity – her knowledge simply “is.” She is aware of the motions of nature, the movement of spiritual matters, and she has an acute awareness of the stirrings of the mind. She is vitally tapped into the flow of ancient knowledge. She instinctively understands the inner workings and connections between nature, philosophy, science and religion.

When we pull the High Priestess card for ourselves or for a querent, it is an indication that we are in communication with the unseen forces. We must realize these unseen forces are greater than ourselves, and our ability to access this energy is a great responsibility. We must understand that we are all psychic, just as the Priestess.

However, only those who respect the gift of psychic awareness and utilize the gifts and the knowledge beneficially that acquire the noble presence and demeanor of the Priestess.

As you may have guessed, the Priestess Tarot card meanings are not straight-forward. As she is somewhat of a mystery herself, she requires all those who come to her to be worthy of her meaning and earn the honor of understanding her. Trust that when you pull the High Priestess card there are undercurrents working within you that will blossom into intense and beautiful experiences. All that is requested of you to experience this blossoming is an awareness of and respect for the higher forces at work in the universe and within you.

This section focuses on a few select symbols that can help us further define the Priestess Tarot card meanings.

Cross: The ancient Greeks created this symbol with all legs of equal length and size. One of the simplest symbols, and used since ancient times, it represents several things to different cultures. In ancient Greece, it is an emblem of the four elements. In the ancient Middle East, the symbol represents the four directions (north, south, east, west) and the four winds. Even the ancient Aztecs used this symbol to represent the meeting place of god (at the cross-section). The High Priestess bares this symbol at her heart – meaning that at the heart of her very being she is intimate with the ways of nature, knowledge, and God. The unfolding mystery of life is the core of her knowledge.

Moon: The moon lays at her feet – her foundation is the fluctuating night emblem that symbolizes motion, illumination, fertility, and even lunacy. Many decks even depict the moon illustrated upon the Priestess’s forehead. At her head and at her feet are the attributes of the moon – her thoughts are illuminated by the secret power of the moon, and her path is guided by the pull of the moon. The moon is all about intuition, psychic force, unseen energy. When we have hunches, ideas, or impressions that “come from nowhere” this is “moon power” at work. The moon lives in the darkest of places so she must be triple clear in her messages through the night. The moon brings clarity of mind, heart and spirit – but there is a price if we are not careful. Being too swayed by the power of the moon can lead to erratic behavior or even psychotic episodes. This is why the High Priestess is such a strong figure – because she not only heeds the message of the moon – she also harnesses its power.

Scroll: Everybody wants to know what is written in the scroll the High Priestess cradles closely to her womb, but only she knows, and it’s not likely that she’ll give up the information. The fact is the scroll contains information that she protects. It contains the knowledge of esoteric, occult, philosophical revelations that if placed in the hands of one who has no understanding or respect for what he/she is holding – tremendous damage would be done. This is why she holds it so close to her – she knows that knowledge is both a killer and a savior. There are some theories that the scroll is the Akashic records which contain the records of all-that-has-ever-been for every soul in existence. Whatever the actual contents, be sure that the Priestess is forever on guard – keeping the secrets intact until our minds are ripe for the opportunity to receive the knowledge she commands.

Many deck renditions depict two columns at either side of the High Priestess. On her right is a black column with the letter “B” imprinted on it. On her left a white column with the letter “J” imprinted. These represent the pillars that stand at the entrance of Solomon’s temple in Jerusalem. The words are Hebrew: Boaz means “in strength” and Jachin means “he establishes.” These pillars are symbolic of the balance and reverence of higher power the High Priestess represents.

When contemplating the Priestess Tarot card meanings, ask yourself the following questions:

And so concludes this summary of the Priestess Tarot card meanings. I hope you enjoyed the observations!

Four of Cups Meaning
Tarot Kings as Father as Father Figures
Tarot Teachings Site Map
Strength Tarot Card Meanings
Understanding Ace Tarot Cards
History of Tarot Cards
TarotTeachings.com is a trusted Etsy affiliate & Amazon Associate. As such, the website features sponsored products for Amazon or Etsy. Should you make an Amazon or Etsy purchase from a link on this website, TarotTeachings may receive a small commission. Thank you for your purchases, as it contributes to keeping this website online and running. See my policy page for more information.