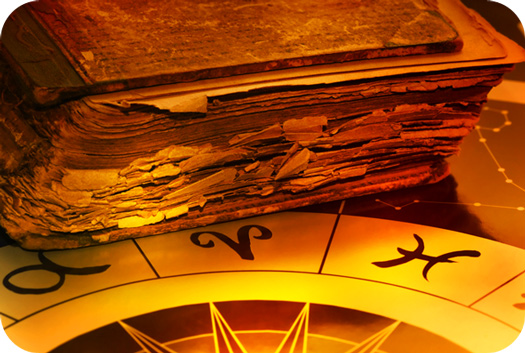 Tarot and astrology make a fine marriage. Where the Tarot is fluid, conceptual, and intuitive interpretation, astrology counters the balance with structure, calculation, analyzing and empirical interpretation.

It has been said that the Tarot is the king of all wisdom-seeking systems because of its diversity. This is largely due because the Tarot incorporates so many other forms of symbolism and esoteric reading systems.

Each of the Major Arcana cards corresponds with the stars, moons, and planets within the zodiac. It is unknown who originally combined Tarot and astrology, but Tarot scholars have been making these correlations for centuries.

There is some consternation when we discover different scholars have assigned different astral signifiers to the trumps according to their own experience and perspective. Don’t let this be a deterrent in utilizing the Tarot and astrology together (the associations listed below are the most common).

Tarot and astrology are two vastly powerful oracles, and their combination can provide profound insight into your readings. However, you may find some of the astral characteristics do not easily match up with your trumps personality, or align neatly within your spread.

When you encounter a juxtaposed scenario, take the time to really contemplate it. If the major Arcana and astral signifier completely confound you – odds are your left-brain (analytical) is arguing with your right-brain (creative). Let the two sides battle it out a bit – then relax. Completely relax – maybe even step away from the spread for a time.

Chances are very high that your conflicting perspective will find a happy confluence. When we relax and let the meanings float around in our energies for a bit we find that similarities do come, and often the conclusions we draw are massively potent.

Below is a chart showing the trump and its corresponding astrological signification. The symbol, name, and prime characteristic of the astrological sun sign, moon, or planet is given for your reference also.

Tarot and Astrology: Chart of Correspondences

If you begin to familiarize yourself with the Tarot and astrology union and contemplate the common correlations above, you will find a deeper connection to each of the Major Arcana icons.

The more you involve yourself with these associations and incorporate them in your readings, you’ll find Tarot and astrology can be extremely complimentary and very resourceful bedfellows.

Related Tarot links on this site:

Portal Page for other Aspects of the Tarot

Numerology and the Tarot

Color Meanings and the Tarot

2 thoughts on “Tarot and Astrology”