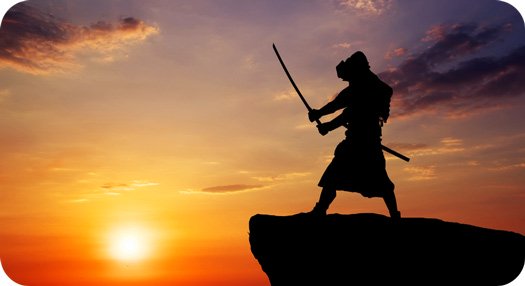 Although each of the suits hold equal value, the Tarot swords are often misunderstood due to their nefarious reputation.

Admittedly, this suit can appear to have a somber tone. Lay all the swords out before you, and you will pick up on many subtle variables of energy.

Swords rule the unseen realm of air. Therefore, their symbolism deals with matters of thought and mind. Many scholars consider the swords to represent challenges or difficulties. This is a valid point and can be put to good use in a reading.

However, I tend to resist the urge of labels that classify an aspect of the Tarot as “good” or “bad.” Just as many schools of thought would recognize a challenge as an opportunity, the Tarot swords represent a window into the realm of intangibles.

On the surface, the suit of swords represents:

We all know the mind can be slippery. In this light, we begin to understand its sometimes morose, moody, or mysterious looking illustrations in many deck renditions. Furthermore, most decks depict the Tarot swords in dark backdrop hues (usually deep blues or purples) with starkly contrasting steely gray blades striking out at our intuitive senses.

The reason for this stark canvas is to convey a message that the realm of the mind is serious business. One cannot approach the subject of the mind lightly. It is one of the most powerful, incredible devices in the Universe.

As with all power, there are two sides to it – just as there are two blades to the sword. On the one hand we have the capacity for conceiving beautiful ideas, and solving intricate problems with our mind. On the other side, the mind can easily develop an appetite for destruction.

Therein lies the common representation of challenges or obstacles when discussing Tarot sword symbolism. The mind, although a perfectly wondrous tool if used rightly, also holds the potential for sinister mutilation to self and others.

Some deeper symbolic meanings of the Tarot swords include:

Within the “gray matter” of our mind are various twists, turns, and labyrinths of directional thought. The Tarot swords reflect these directions quite clearly. Take another look at the whole sword suit and you will see an intuitive angle on all the common mind traps into which we are all prone to fall.

Nevertheless, I would encourage you to see past these prickly points of the suit, and instead, look sharply upon the solidarity and unity the sword imagery conjures. Nothing escapes the cutting edges of the sword. Those thoughts which tend to bind us such as negativity, self-delusion, unhealthy dependencies, and false beliefs can be cut away from our reality.

We must not allow our mind to rule over us in an unhealthy overlord fashion. Rather, the double-edge of the sword serves as a symbolic message that we are capable of allowing temperance and even-mindedness be the ruler of our reality.

Furthermore, allow your intuitive self to absorb the concept of straight and narrow presented in the swords peering out to you from the cards. There is impressive strength in following the straightest path. In other words, do not allow the mind to wander – keep a close watch, and a tight rein on it. This practice will serve you well.

Tarot swords play a crucial role in the human saga presented in the Tarot. They remind us that although like the air, our thoughts are quite invisible – their influence is very much real.

Other related links on Tarot Teachings:

Nine of Wands Meaning
Eight of Cups Meaning in Tarot
Two of Swords Meaning in Tarot
Three of Pentacles Meaning in Tarot
Five of Pentacles Meaning
Tarot Suit Chart
TarotTeachings.com is a trusted Etsy affiliate & Amazon Associate. As such, the website features sponsored products for Amazon or Etsy. Should you make an Amazon or Etsy purchase from a link on this website, TarotTeachings may receive a small commission. Thank you for your purchases, as it contributes to keeping this website online and running. See my policy page for more information.