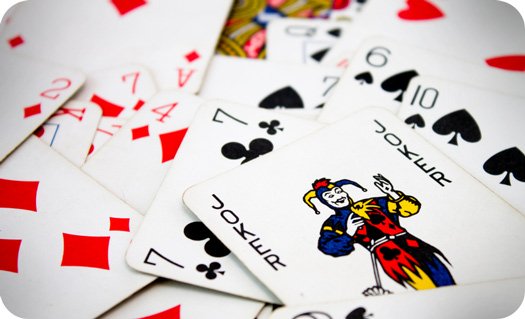 The following is a dialogue I had about Tarot and playing card correspondences with someone who sent me a question about it. I hope M’s question and my response is as helpful to you as it was to M. Thanks for reading!

“Hello, I have a question about tarot and playing card correspondences.

In the book Geddes and Grosset Guide to the Occult and Mysticism and The Pictorial Key to the Tarot by A.E. Waite which came along with my tarot cards, the playing cards are associated to the Minor Arcana as such:

These correspondences conflict with your Tarot Suit Chart (illustrating Tarot and playing card correspondences). Which one is the correct one? Thank you for your time, and for this site, I have found it quite informative in many respects.” M. in Cyprus

Hi M., Outstanding question on playing card meanings, and thank you for asking.

If we quantify Waite as the traditional standard (and by all means, his tireless devotion to Tarot decryption would classify him as such), then I’ve broken with tradition in the Tarot and playing card correspondences.

In his book, The Pictorial Key to the Tarot, Waite prefaces his Tarot and playing card correspondences by saying (in Latin) “ex hypothesi per archeology of thema .” Translated, the classifications are given in accordance “with the hypothesis of the archeology of the subject.”

The concept of playing cards has changed many cultural hands since the 13th century. Starting in China, India, Egypt, and eventually Europe – each culture wove their own brand of imagery and design into the tapestry of game cards. Lots of room for hypothesis and impression.

Current standardized playing cards originated in Europe, specifically when the French began producing cards for gaming purposes. Originally, the productions of deck and suit imagery was inconsistent, but in the 15th century, the French standardized the 52 card deck, which in turn was mass-produced in Europe due to its popularity.

As the French and other European settlers entered the New World, they brought this standardized deck version with them, and this is the version seen today at orthodox poker tables worldwide.

Just as Waite intuited his associations with Tarot and playing cards, so too are mine “ex hypothesi,” according to intuition, preference and inference from personal interpretation of the historical antecedents of the suits.

In conclusion, I suppose the $30,000 question is: “Which suit correspondence is correct?”

History will not agree because the shuffling of the cards over time and culture leaves meanings virtually indeterminate. Not having historical text on which to fall, the correct answer will have to be the one that most satisfactorily resonates with your own opinion and perspective.

Again, thank you for this fabulous question, and allowing my lengthy explanation.

Tarot Wands Meaning
Medicine Wheel and Tarot Suits
Reversed Cards
Five of Wands Meaning
Elements and Understanding Tarot Suits
Devil Tarot Card Meanings
TarotTeachings.com is a trusted Etsy affiliate & Amazon Associate. As such, the website features sponsored products for Amazon or Etsy. Should you make an Amazon or Etsy purchase from a link on this website, TarotTeachings may receive a small commission. Thank you for your purchases, as it contributes to keeping this website online and running. See my policy page for more information.