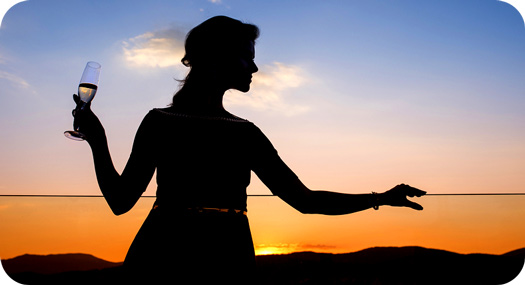 Remove only the Tarot cups from your favorite deck and spread them in front of you.

Don’t think about them, don’t start identifying with them, interpreting or labeling them. Simply let them lay. Let the energy of this suit float up to your psychic eyes. Let the senses and the colors that saturate these cards begin to waft in your senses.

It doesn’t take long before you yourself become saturated with the sensuality emanating from this suit. What does this mean? How can we get so enthralled with this suit yet so often inadequately express the meaning of it?

Tarot cups can be the most difficult to describe because their very nature is seductive and elusive. The element of water rules the cups, and just like air ruling the sword suit, it’s hard to catch identification from the formless.

Interpretive work is also made difficult because just as water takes on the form in which it is contained (put it in a bottle – it’s now the shape of the bottle), so too do the meaning of the cups take on the form of the one who is observing them.

To an extent, this is true with all the cards. No matter how objective an interpreter is – there are still some filters through which the message passes (it’s what makes interpreters unique). But objectivity is more thready with the Tarot cups because we are dealing with some powerful issues pertaining to:

In classical mythology, Psyche was the human soul in the form of a beautiful woman. Psyche was loved by Eros, who was the god of love (often depicted as Cupid). The Tarot cross-references this myth by representing the gamut of emotion experienced by the Psyche (soul) while surrounded by the support of Eros (love).

This is symbolically significant: That which fills the cup is love (or emotion) and the cup itself represents the human soul. This is a very intense concept that if held in place during your readings, will expand your interpretations to a whole new horizon.

Other deeper symbolic meanings of the Tarot cups:

We can see evidence of this impressive (and deep) list of characteristics when we recall that the cups are ruled by the element of water. Water is fluid, yes, but can also be steamy, frigid, cleansing, burgeoning, etc. It is the same as the nature of emotions.

When we recognize the potentially erratic and unpredictable nature of love, we begin to chip away at the tip of the iceberg (also a symbol of love in a frozen state?) of the suit of cups. Even the psyche, when unobserved, can be very wily in her ways.

But the cups are not always elusive. With surrounding cards, or pointing to a specific issue, the cups reveal a storehouse of symbolic direction. As an aspect of the summer/harvest season, the cups render messages of completion, expansion, abundance and vibrancy.

The cups signify this vibrancy and warmth. In our readings, the cups express a time in our lives in which we must delve more deeply into the matters of the heart and psychic potential. Just as Psyche and Eros formed a sacred union, the cups indicate our ability to join together the most primitive yet compassionate places within ourselves and express unbridled potential.

The soul is capable of such tremendous expressions – leaving us overwhelmed – sitting in the seat of infinite heights. This is the concept that is so fluidly expressed in the suit of cups. Observe the cards from this highest place where the psyche is unleashed and tempered with the love from the innermost heart.

Meaning of Tarot Pentacles
Tarot and Playing Card Correspondences
Tarot Wands Meaning
Playing Cards for Tarot Readings
Understanding Ace Tarot Cards
Summer Solstice with Tarot
TarotTeachings.com is a trusted Etsy affiliate & Amazon Associate. As such, the website features sponsored products for Amazon or Etsy. Should you make an Amazon or Etsy purchase from a link on this website, TarotTeachings may receive a small commission. Thank you for your purchases, as it contributes to keeping this website online and running. See my policy page for more information.