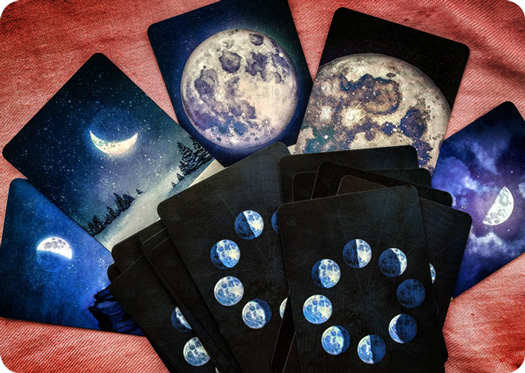 We all dream! Some people may not remember theirs, but it is a true & necessary process. Understanding them, exploring their meanings, figuring out the language…who takes the time? After a day or so, we just let it go, dismissing it as “just a dream”. But, when are dreams just dreams & when are they to be cracked open, dissected, explained & analyzed? That’s where using tarot to interpret your dreams can help.

How many times have you called your friend, spoke to people at work, or woke your parents up in the middle of the night, only to hear, “It’s just a dream!” I’m here to tell you that dreams aren’t “just” anything, they are something. It’s your subconscious telling you something so important, it surfaces as a dream, waiting for you to make the necessary adjustments during your waking life in order to calm your mind down in your sleep life.

What is a Dream?

We all get advice, some good, some awful & some just ridiculous. If I had to choose one person to believe above all others, it would be me! However, the sleeping brain functions on a different level than the awake brain does, so when it projects messages, images & emotions, it can only produce symbols, archetypes & confusing, distorted visions of ourselves. It truly is another language and not easy to understand. It also will force us into examining & acknowledging our fears, anxieties & shame in our waking lives.

As an avid dreamer from a family that valued dreams, I never had the fear of discussing my own & was floored when I was in my teens and found out most people dream in black & white! By 10, I was dreaming of deaths that always occurred and by 18 I had Freud’s Interpretation of Dreams memorized. I have been given names, locations & have explored them all, which led me to discover that some of these were precognitive, some were anxiety-driven, some were helping me to discover past lives & unresolved Karma, my relatives visit me often and some were just dreams, but were very lovely.

Using Tarot to Interpret Your Dreams

So, only through living, dreaming & studying, along with some natural gifts, I’ve been interpreting & analyzing dreams for over 30 years. I understand the language & symbolism quite easily, but when I started studying Tarot I found it was a huge enhancement in not just decoding the messages, but great at advising how to handle the angst in waking life in order to quiet the dreams that scare or upset us.

Using Tarot to interpret your dreams is like having your own dream dictionary, right there in your hands! It all begins with choosing the right Tarot dream spread. I sometimes use a 4 card spread, other times I can use over 4 different spreads spending a few days tackling a tough one. And, I love every second of it!

Recently, I was contacted by a friend across the country about an awful & embarrassing dream she had. She is a born Jew that has become a severe, rigid & fairly judgmental Christian. Her husband is very weak, has tried to commit suicide many times, her 1st born, a girl is a doll & a joy, but her son, 2 yrs younger is an utter mess. He got involved with drugs, a bad crowd & is having unprotected sex, which he told her to her face. She is a Pisces, very emotional, unstable & depressed, but still is so insistent on everyone following her religious rules. They are the burden keeping her down, but she doesn’t see it that way.

This was her dream: “I’m in my bathroom, sick to my stomach, in a panic, and the toilet won’t flush! It’s just building & the building & I’m covered in it!” My response immediately is to relax, don’t be ashamed, but pay attention. Let’s take the symbols first.

Bathrooms: a place to eliminate the old, relieve yourself, wash away your problems, get a clean start, freshen up, take care of functions. But, you can’t flush.

Flushing: getting rid of waste, a small handle, easily accessible, yet it’s not working.

Covered in it: She is unable to release the grasp of guilt that her new ways of religion (altho she’d been into it for years) have laid upon her.

Remember, to her, everything is a sin because of her rigorous religious fervor. So, the dream may imply my friend was looking to release some of the stress from her son’s errant behavior, yet it’s all overwhelming her.

Emotions, people, colors, locations & general knowledge of the situations in her waking life led me to this conclusion: “Your son is experimenting like any boy his age would, but it is so different with this child, as your older one gave you no problems & worships along with you. Your son rejects your religious beliefs, wants to hear nothing about how everything in relation to him is a sin & god is weeping – all that talk is making him rebel even more. Choose your battles wisely or you will create what you most fear. Your adherence to your religious beliefs “may” work for you, but you can’t shove them down his throat…hence the inability to flush & get the relief you seek. You’re covered and unable to rid yourself of what’s not working, being swallowed alive by life & way that’s non-productive.”

How Tarot Helped Interpret This Dream

1) The event: 6 of Wands (reversed) – no victory here. By trying to impose your will by forcing it down someone’s throat will only cause a back-up in communication, trust & progress. All that fighting, and nothing.

2) Blocking the message?: King of Pentacles – weak husband, overly stubborn, demanding mom…My Way or the Highway. She is being over rigid, dominating & stubborn, but is not getting any joy or reward. She needs to cut loose a bit. Let him help himself, don’t do it all.

3) Most important message: Hermit – time to stop finding all the faults and laying all the blame on everything & everyone & turn that light in on yourself. Revisit yourself, see what is working & what needs to go & learn new ways of figuring out what you want, need & how to get it. This is about communing one on one with yourself & finding God is within you, not in a church pew.

4) How to apply in waking life: 8 of Pentacles – time for the hard work, on your own, Start from the ground up, keep hammering away, even if you don’t see any success at first. Learn new ways of coping & stop micromanaging others till you’ve got yourself up & moving. Nothing happens merely thru prayer, but actions, and unless you’re willing to work hard, break a sweat & keep at it, you’ll never progress from this situation.

As you can see, from Tarot dream spread and interpretation example, the Tarot can be incredibly insightful when decoding dreams.  It’s true that my friend abided by a very strict religion that does not accept the Tarot as a helpful tool for self-discovery. However, she had to admit the revelations from interpreting dreams with Tarot were striking and remarkably clarifying.

Author’s Bio: Beryl Carington has been working in the paper writing service for more than 5 years. Her favorite topics are always connected with astrology. She makes all-important decisions with her astrologer.  Beryl is interested in films, enjoys traveling and meditation.

Policies
Understanding Tarot Court Cards
Tarot Love Spread Advice
Lessons from Tarot Teachings
10 Tarot Cards For Study and Education
Aspects of Reading Tarot Cards
TarotTeachings.com is a trusted Etsy affiliate & Amazon Associate. As such, the website features sponsored products for Amazon or Etsy. Should you make an Amazon or Etsy purchase from a link on this website, TarotTeachings may receive a small commission. Thank you for your purchases, as it contributes to keeping this website online and running. See my policy page for more information.