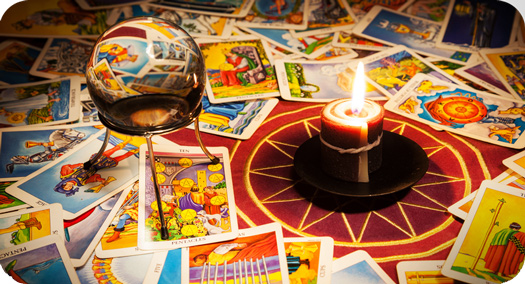 Picking a Tarot Spread for the New Year

I’m writing this as we are approaching the new year. So, I thought it might be a good idea to share my creations in this article about a Tarot spread for the new year. I hope these layouts help you on your path to clarifying your new year insights and resolutions.

Did you know the month of January is named after Janus, the Roman god of doors, doorways, arches, and portals? Yep. Additionally, Janus is the ‘two-faced one’ and his presence in January is symbolic of reflecting on past, present, future as well as all the potential each phase of time offers.

Janus turns one face to gaze back at the events of prior years, while the eyes of his other face pierce the opportunities of the future. I wrote about Janus’ debut in January on my other website, Whats-Your-Sign.com if you’re interested…here’s the link.

While writing that page about Janus’ prominence in January, I was reminded of how life is replete with doors and openings that allow our deeper awareness to view glimpses into our past and our future. That thought reaffirmed my own understanding of the Tarot as series of exquisite windows, a stained-glass parade of archetypes mirroring our own behavioral bents and timelines.

And isn’t that a prime theme for January? Taking stock of our past, while dreaming into our future?

In this same vein of thought, I’m sharing a few Tarot spreads I’ve devised with a goal to open up some symbolic portals of insight into your journey through the New Year.

This first Tarot spread (image of layout shown above) is painfully simple, but let’s not underestimate this elementary tableau. Through its simplicity, a great deal of insight can be gained by formulating a narrative with each card according to the month-placement it represents.

After submerging yourself into a soulful, contemplative state, pull 12 cards, one for each month of the year. Consider the symbolic attributes of each card as a theme for the month for which the card is pulled. If you come across any negative implications, be aware of these: Forewarned is forearmed.

And for sanity’s sake, if you interpret negative aspects in the cards, simply take note of them, and refocus your inner vision on the potential for conversion (converting lower frequencies into higher ones – it’s done by keeping vigil over the oil lamps of the soul, always filled, always lit, always focused on illumination. This holds true for any reading).

Before devoting myself to writing about the vast manifestations of symbolism, I worked as a bookkeeper. In the financial world, the year is broken into four quarters (Jan-March is the first quarter, April-June the second, July-September is the third quarter and October-December is the fourth quarter).

This Tarot spread was created from my time as a bookkeeper, so I could get a feel for the quarters of each year. Every January I craft this same spread to give me a summarization of potentials available for each quarter of the new year. Interestingly, this Tarot spread is remarkably well-adapted to clarifying financial trends (especially on a global scale) for the year. Like the ‘year by month’ Tarot spread, simply interpret your cards in relation to each quarter. Each card will convey a theme for each quarter.

Year of the Tarot Spread

I’m particularly fond of this Tarot spread because it allows an interplay between the symbolism of numbers within the year and the cards. This will be an overall reading for the entire year, and you will formulate a narrative by stringing the pearls of wisdom of the Tarot cards to create an overall story about 2011. Consider the archetypes of each Tarot card, and allow those features to comingle with the number symbolism of the position the card is pulled.

For example, the number two is about making choices, decisions, balance, equanimity, partnership and coupling. How do these symbolic attributes line up with the card pulled for this position? How does the card pulled in this position respond to the idea of partnership, balance and choice? See if you can formulate a dialogue between your cards and their number-placements.

Moving forward, zero is representative of a vacancy, an opening or non-action. How do these number meanings relate to the card in the zero spot? Going on from left to right in the year 2011 example, the number one is symbolic of beginnings, initiation, taking new action, starting new projects. As with the other numbers in the year, how does this number communicate with the card pulled in that spot?

You can take a peek at my Tarot number symbolism pages for insights into number meanings. It’s a unique Tarot spread with mammoth potential to reveal intriguing developments over the year.

Keep in mind these spreads can be crafted for any year, not just 2011. If you get stuck with your interpretations, feel free to browse the 78 pages I’ve written on my ideals about each Tarot card meaning in the deck.

In closing, may each of you experience bodacious blessings and vibrant illuminations for this year and beyond.