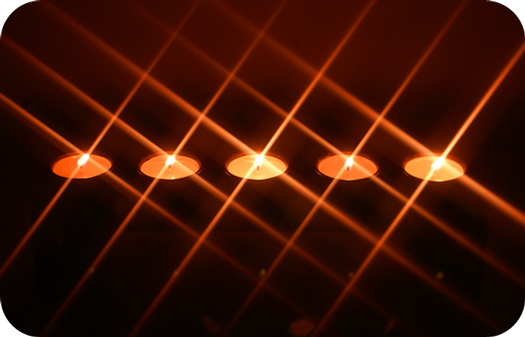 Now as we approach the meaning of Five we begin to extend ourselves even further into the outer reaches of numerology. Each number expanding out from One represents a container holding all its predecessors within its vibration.

Meaning, the number five is a container that holds the energy of One, Two, Three, and Four. All of the tumultuousness and beneficence found in these numbers mixed up into the Five. Yeah, it’s a head-trip to consider the godly digits embodied into one number.

And so the meaning of Five expresses that expansiveness and its ability to know itself as a whole through the interaction of its essential parts.

Essentially, Five is the first of digits that is in a constant (sometimes driven) state of balancing its own equation.

The meaning of Five gets more dicey when we recognize its association with humankind. Five fingers, five toes, five tactile senses. These associations give number Five a link to the physical, and a grounded vibration that is similar to Four, but on a much more intricate scale.

But this grounding physicality must play a co-starring role in the essence of Five when we consider the Greek concept of the fifth element. The Greeks marveled over the philosophy of Five and recognized the pentagram as a perfect symbol to represent the four elements (water, air, earth, and fire) PLUS the fifth element as a unifying factor. This fifth element, as Plutarch observed, is the ether or quintessence that instills harmony and unity to all elements.

Indeed, the Greeks held the number Five as a representation of dispensing spiritual knowledge (Sound familiar? Hierophant resonates with number Five) and considered it a vehicle for gaining proper spiritual understanding.

Here are a few questions you can ask yourself that might open you up to a broader experience of the meaning of Five:

Do you see now how the juxtaposition of physical and spiritual hold a delicate balance within the meaning of Five? Further, can you see where this implies a burgeoning effort for ever more expansion and increase by the Five energy?

Perhaps that driving effort for more expansion lends the tendency for Five’s to be the number of travel, unpredictability, instability, and dismay. Consider each of the five cards in the Minor Arcana – each may elicit a sense of loss by the interpreter – at the very least a feeling of insecurity is perceptible.

Whether we choose to inappropriately use Five energy, causing a loss for ourselves (as indicated in some minor Arcana five-card interpretations), or we harness the wild ways of the Five for our benefit, one thing is clear: Fives have the best of all worlds.

Five energy represents that element in each of us that seeks out more expression, more unification, and more understanding of who we are amongst the balancing tides of the universe. In essence, Five is the numerical manifestation of our own desire to balance our own internal equations.

Go deeper into the meaning of Five by exploring the additional key points below.

Meaning of Five in Western numerology and Tarot – a quick reference:

Visually, the meaning of Five illustrates (inverted too):

Common associations with the meaning of Five:

Potential Personality of Five:
People who resonate with the energy of Five have a genuine interest in other people, and often take active roles in the community. They are high-spirited, and love to travel too. They do not require routine or structure, and are able to adapt well in most situations. They deal with challenges with cleverness and unorthodox solutions. Five people have many projects and ideas going on at the same time and are sometimes strapped for time. This causes them to lose out on some opportunities too, but this is irrelevant as the Five personality will always come out ahead in his/her endeavors.