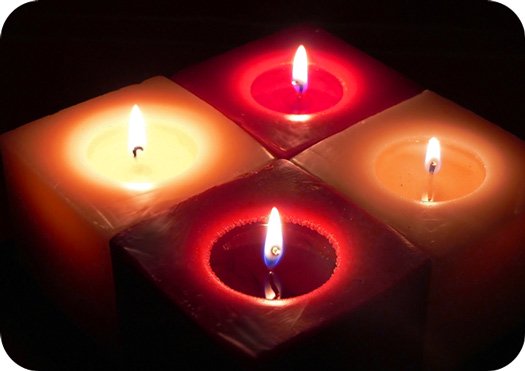 The meaning of Four serves as a backbone to the anatomy of numbers we experience in our lives and in our Tarot readings.

If it were not for the number Four, we would be lifted into the energy realms like helium balloons: Unfettered, ungrounded, and hopelessly lost. We need structure, we need to be grounded, and the number Four is a necessary vibration attesting to this vital need.

To illustrate this necessity, consider just a few of the cornerstones linked with the meaning of Four.

Furthermore, consider the pyramids – these phenomenal temples are constructed upon a base of four. Similarly, our homes are founded upon square (four) angles. This is no coincidence. Over the ages, humankind has recognized the stability presented by the number Four and has utilized it to his greatest advantage.

Likewise, as spiritual practitioners, we can utilize the philosophic meaning of Four to advance our progress on a soul-level.

We do this by recognizing the grounding and foundational energy of number Four. When we find ourselves out of synch, and feel ourselves spiraling out of control (like the helium balloon lost in forever with no clear direction) the concept of Four can get us back on the ground.

Granted, floating high above the mundane can be a pleasurable experience, but being in this state will never serve us full-time. We simply must have anchors and stabilizers in our lives in order to function.

Not only does four-energy ask these tough questions of us, but Four also answers these questions with calm authority. When we are in doubt, and directionless, the energy of Four can settle us and assure us that indeed, we do have the ability to establish an energetic foundation that will enable steady progress on our path.

From a Tarot perspective, the meaning of Four is highly significant as we see its foundation represented in the four suits of the deck. The minor arcana is separated into four suits: Cups, Swords, Pentacles, and Wands. This lends further evidence of the immense stability of the Four. It is the architectural basis of a powerful oracle, and as such should be given great consideration in our spiritual practices.

In keeping with this consideration, we can review the following key points on the meaning of Four.

Meaning of Four in Western numerology and Tarot – a quick reference:

Visually, the meaning of Four illustrates (inverted too):

Common associations with the meaning of Four:

Potential Personality of Four:
As we might expect, people who resonate with the number Four frequency are stable, mature, and solid leaders among us. If something needs to get done thoroughly with an eye for detail, go to a number Four personality. They will get the project done in an orderly, methodical way with casual ease (and likely it’ll get done on time, and within a nice budget too). Four people know they need structure in their lives and sometimes feel misunderstood. However, this is okay with them because they know the importance of their dispositions, and recognize the role they play in the lives of others is necessary for progress.

The Emperor, and the Hanged Man (not necessarily numerically, but consider the crossed legs of the featured hanged man – they are in the formation of a Four – food for thought) also see: